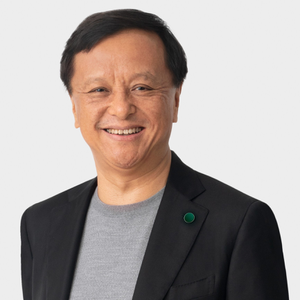 Charles is Founder & Chairman of Micro Connect, an investment platform connecting global capital with a large number of quality small businesses in China.

He was most recently Chief Executive of Hong Kong Exchanges and Clearing Limited (“HKEX”) from January 2010 to December 2020. During this time, he orchestrated some of the most significant strategic initiatives in HKEX's history, including the acquisition of the London Metal Exchange in 2012, the launch of the Shanghai-Hong Kong Stock Connect cross-border trading scheme in 2014, Shenzhen-Hong Kong Stock Connect in 2016, Bond Connect in 2017, and the Listing Reforms in 2018.

Prior to joining HKEX in 2009, Charles served as Chairman of JP Morgan China from 2003 to 2009 and worked at Merrill Lynch from 1994 to 2003, where he served as President of Merrill Lynch China from 1999 to 2003. Earlier in his career, Charles practiced law at Brown & Wood and Davis Polk & Wardwell in New York.
Charles also serves on the Board of MarketAxess Holdings Inc. and the Board of Trustees of Asia Business Council.

Charles received a BA in English Literature from Xiamen University, an MA in Journalism from the University of Alabama and a JD from Columbia Law School.