Add this event to any of these calendars

Offshore vehicles have continued to generate dramatic headlines across the world as a result of recent leaks such as the Pandora Papers. However, many of the headlines are arguably sensationalist and detract from the legitimate uses of offshore structures.

In this webinar, Peter Vas, a partner at offshore law firm Loeb Smith Attorneys, will address some of the key issues and trends in the offshore legal market from a BVI and a Cayman Islands.

The seminar will include a discussion of the following themes:

Sign up now and secure your spot in this unique opportunity to take part in insights from a recognised industry professional.

For any questions, please contact Johanna Baek at sia@swedcham.com.hk. 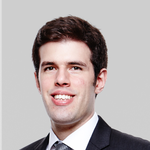 Peter is an experienced offshore lawyer advising on matters of BVI and Cayman Islands banking and finance, corporate and restructuring law. He previously worked for US law firm Sidley Austin in London and for another international offshore law firm in Jersey, before relocating to Hong Kong in 2015 where he has continued to advise on matters of offshore law.

Peter currently leads Loeb Smith’s banking and finance and corporate groups in Hong Kong. He was recently recognised as a leading offshore lawyer in the Asian Legal Business Offshore Client Choice List 2021 where he is described as “very knowledgeable of offshore legal matters” and as being able to “provide succinct, commercial advice in a timely manner”. Peter is also described as “very responsive” in the Legal 500 Asia-Pacific. He has advised on some of the most high-profile transactions in Asia, such as the privatisation of Global Logistic Properties which was valued at approximately US$11.6 billion and Singapore’s largest M&A deal on record and Asia’s largest private equity buyout at the time of the transaction.

Discover and connect with other attendees. 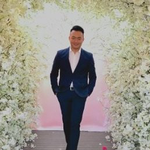 For additional event or venue information, please send an email to sia@swedcham.com.hk