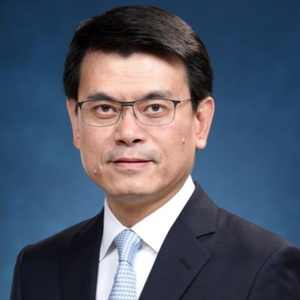 Secretary of Commerce and Economic Developmet at HKSAR Government

About Mr. Edward Yau
Mr Yau assumed the post of the Secretary for Commerce and Economic Development on July 1, 2017. His portfolio covers policy areas from trade, commerce to telecommunications and broadcasting, and from promotion of creative industries, intellectual property and consumer protection to boosting inward investment and tourism development.

Mr Yau has his full career in the public service. Before taking up the current post, Mr Yau was the Director of the Chief Executive's Office from 2012 to 2017, assisting the Chief Executive in formulating policies and setting policy goals and priorities. He was the Secretary for the Environment from 2007 to 2012, overseeing policies on environmental protection, energy, nature conservation and sustainable development. Mr Yau started his civil service career as an Administrative Officer in 1981. During his long service as a civil servant, he held various positions, including Director of Information Services, Deputy Secretary for Education and Manpower, Deputy Director-General of Trade and Industry as well as Director-General of the Hong Kong Economic and Trade Office in Washington, DC, USA. 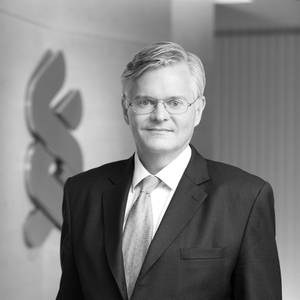 Chairman at British Chamber of Commerce

Peter Burnett OBE is responsible for Standard Chartered’s Greater China and North Asia Corporate Finance business covering Greater China, Korea and Japan. This encompasses all Term Lending, Loan Syndications, Leveraged and Structured Solutions, Shipping and Aircraft Finance, M&A and Project & Export Finance. He is a member of the Executive Committee of Standard Chartered Bank (Hong Kong) Ltd, and serves as the Chairman of the “One Belt, One Road” Committee for the Hong Kong Association of Banks. Peter was Vice Chairman of the British Chamber of Commerce from 2016, and became Chairman in 2018. Prior to joining Standard Chartered in April 2013, he spent a career of some 24 years with UBS, including, Head of Asian Equity Capital Markets, Head of Asian Investment Banking, Chief Executive of UBS Middle East and most recently Chairman of Global Capital Markets, Asia.

Peter first came to Asia in 1994 to work on a large financing in Indonesia. He settled in Hong Kong in 1996 where, apart from three and a half years in the Middle East, he has lived ever since. He has a long association with the region and has worked with a large number of Hong Kong and Hong Kong based corporate and Government entities.

He is a graduate of Oxford University and a Member of the Institute of Chartered Accountants in England & Wales. Peter, who was born in India, is married with three daughters.